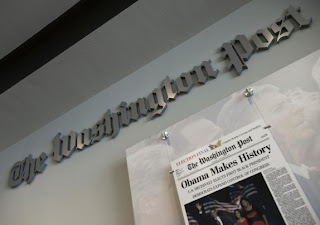 My version of the story is not a People Magazine gossip gab about a famous Montessori alum.

Instead, the Post story describes Bezos for its readers and that characterization includes elements typical of  Montessori graduates:


Here are some excerpts from the article:
.....
“I don’t want to imply that I have a worked-out plan,” he said. “This will be uncharted terrain and it will require experimentation.”..."At times, Bezos has been openly disdainful of Wall Street’s demands for ever-rising quarterly profits. He told Fortune magazine last year, "The three big ideas at Amazon are long-term thinking, customer obsession, and willingness to invent."

.....
Under Bezos, the company’s drive into new businesses has been relentless.
.....
Friends and competitors have described Bezos as cerebral, demanding, curious, and given to asking challenging questions. He shows little tolerance for those who are poorly prepared, but can be charming and quick to laugh. 'If Jeff is unhappy, wait five minutes,' his wife has said of him.
......
In naming Bezos its “Businessperson of the Year” in 2012, Fortune called him “the ultimate disrupter…[who] has upended the book industry and displaced electronic merchants” while pushing into new businesses, such as TV and feature film production.
His drive and business creativity have earned him favorable comparisons to the late Steve Jobs, Apple’s co-founder and a confidant of Don Graham and his late mother, Post Co. chairman Katharine Graham. Earlier this year, Harvard Business Review ranked Bezos as the second best-performing chief executive in the world during the past decade, following only Jobs, who died in 2011. 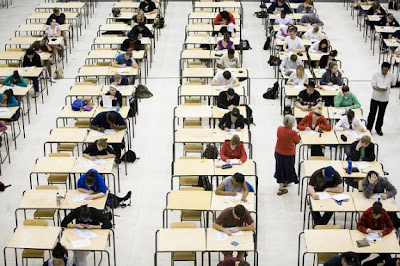 "No, you're probably not smarter than a 1912-era 8th grader." -- that's the provocative title of a Smithsonian magazine article.

Thanks to POS parent Tom Bair for sending this along.
Posted by john long at 3:38 PM No comments: