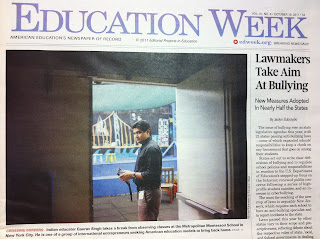 "Indian educator Guarav Singh takes a break from observing classes at the Metropolitan Montessori School in New York City. He is one of a group of international entrepreneurs seeking American educational models to bring back home."

Montessori kids saving the world one pumpkin at a time

Halloween for innovators.
Posted by john long at 11:13 AM No comments:

A home-schooler goes to college 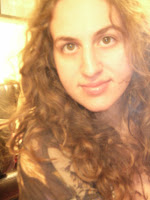 The following article was sent to me by Stephan Kinsella (thanks, Stephan). From the feedback I've heard over the years from Montessori grads, some colleges are like this, some aren't. Some Montessori grads describe their college experiences as "getting back to a Montessori-style education after the wasteland of high school."

That's the prime reason we are starting our own high school next year.

It wasn't the schoolwork or social life that threw me. It's that I never realized how dull a classroom could be
BY KATE FRIDKIS