"But, Maura, how does Montessori get them ready for the REAL world?"

At your job, is everyone the same exact age? Is everyone sitting at
their desks, doing the same thing at the same time? Are they doing
tasks that require them to access knowledge, off the top of their
heads, in a timed setting?


Montessori IS the REAL world.

[Thanks to Maura Joyce, Head of School, Montessori in the Redlands (CA)]
Posted by john long at 4:37 PM 4 comments:

“Montessori comes across as wimpy.” That grabbed me. Made me mad. I leaned forward in my chair to hear more. Sitting in a room with more than 100 Montessori school leaders, I was listening to Trevor Eisler, a pilot of business jets, a flight instructor, triathlete, husband, and father of three Montessori children. He is also the author of Montessori Madness! A Parent to Parent Argument for Montessori Education.

“Montessori is not wimpy. Far from it. We need to counter this impression.” He went on to recount examples he has observed in his children’s school: of a young child struggling mightily, willingly and willfully to carry an object nearly as large as himself; and of an older child tackling a project much larger than any teacher would dare to assign. These typical examples of Montessori children made him recall John Kennedy’s speech about the Apollo moon project, “We do these things because they are hard, not because they are easy.”

“Think about how hard kids work,” Eisler said, “—what difficult tasks they take on. Montessori is about challenging work, tough things, and about perseverance. That’s not wimpy; it’s hefty. We need to get that message across.”

At the elementary level, we encourage students to write their own math problems. This morning I spoke to two third grade boys whose division problem was too large to fit on a sheet of paper. In fact, it required 16 sheets of paper taped together. No teacher would ever assign a problem that size, but students willingly assign it to themselves because they want to do work that is challenging.

First graders begin doing research projects. They also love animals. Since November a group of first grade boys has been researching every kind of dinosaur. Almost every day they work on their project. They have a deep and growing pile of paper documenting their work: reports and charts and drawings. At the same time, a group of first grade girls is similarly passionate about dogs. In the weeks before an outing to visit a veterinarian, these girls learned about 45 different kinds of dog.

When I spoke with upper elementary students they told me about a variety of projects they are working on: presidential biographies, reports about the countries of Africa, and science experiments. The latter is a good example of how students look to do more. In discussing the write-ups of their experiments, students suggested publishing a journal of their work. Look for it soon. Two girls spoke of a long story they have been working on since August, one writing and the other illustrating. Would you believe sixty pages?

And no conversation of hefty efforts can leave off the Post Oak Peddlars: thirteen middle school students (plus alumni riders and parents) are now training to ride the MS150 bike ride from Houston to Austin. Those of you who have done this ride know what is involved; those of you who haven’t can only imagine. Wimpy? No, heroic. But done in a Post Oak way. Rather than aiming to beat one another to the finish, they are supportive and encouraging, applauding one another’s efforts and, like the marines, ensuring that they leave no one behind. Montessori kids learn the meaning of hard work, and to stretch their personal limits. That’s hefty.
Posted by john long at 1:55 PM 4 comments:

Is calling someone perfectionistic a diss or a kiss? 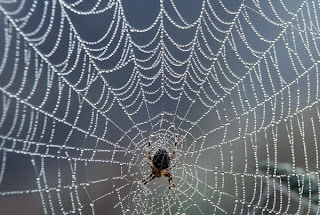 Dan Pink asks that question in his current blog.

Turns out it depends if you are perfectionistic
from the inside out
or the outside in.

Get your attention? Read on.
Posted by john long at 11:16 AM No comments: 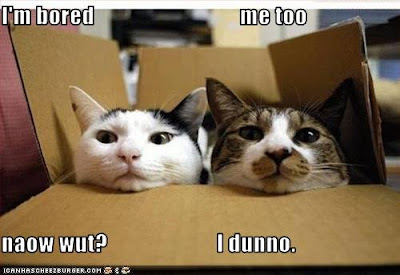 “Chapter 14: Encourage Boredom in Your Child.” That got my attention. So I read the little book for the two minutes I stood in the bookstore checkout line. “Children who have too many opportunities, choices, scheduled activities, and things to do are often the most susceptible to boredom. The reason is these children are used to being entertained and stimulated virtually every moment of every day.”

By Wednesday I could no longer resist. I drove to the bookstore on the way home and bought Don’t Sweat the Small Stuff with Your Family by Richard Carlson. It was no longer an impulse purchase, so I felt OK. And I had been thinking a lot about the place of entertainment in children’s lives. Perhaps TV Turn-Off Week got me started.

What is the author’s response to the (usually desperate) statement, “I’m bored!”?

“It’s good for you to be bored once in a while.”

Carlson’s not suggesting that we not take an active, loving interest in our children’s activities. “What I’m referring to here is a response to overstimulation—when you know in your heart that your kids have plenty of things to do and that their boredom is coming from them, not from a lack of possibilities.”

This response encourages creativity in kids because it expects them to find something to do on their own. It also sends the message that it’s OK not to have something to do every minute of every day. Perhaps this will help our children slow down the pace of their lives just a little. That would be a gift.
Posted by john long at 10:44 AM 3 comments: