A note to Mario (Is Montessori education better?)(Prove it!)

Mario:
There is some research comparing Montessori education to conventional education. The Milwaukee Public Schools (MPS) may be the best laboratory for such comparisons for several reasons: (1) its Montessori program has been in continuous operation for almost 40 years; (2) it is of high quality – in the AMI tradition; (3) MPS has kept good longitudinal records of students; and (4) students are randomly selected for the program by lottery. This creates a perfect “control” group: students who applied for the Montessori program but were not selected vs those who were selected.

In one study of MPS students, (another article, same study) this is the summary result:
“A significant finding in this study is the association between a Montessori education and superior performance on the Math and Science scales of the ACT and WKCE. In essence, attending a Montessori program from the approximate ages of three to eleven predicts significantly higher mathematics and science standardized test scores in high school.”

In another study of MPS students reported in Science magazine (a rare venue for school research), this was the summary finding for 11-year olds:
“At the end of elementary school,Montessori children wrote more creative essays with more complex sentence structures, selected more positive responses to social dilemmas, and reported feeling more of a sense of community at their school.”

And although the Montessori program did not have the “test culture” of conventional schools, the 11-year old Montessori students’ test scores were equal to or better than those of students in the conventional schools. Equal to or better than. Not the resounding “Montessori students blew them out of the water,” which would have unequivocally demonstrated superiority. This finding is consistent with Post Oak students’ performance on the annual CTP-4 achievement test. On the national norms, our average student scores at the 90th percentile. However, the private school norms are more of an apples to apples comparison, and on that measure, the average Post Oak student performs as well as or better than the average student in private independent schools across the country – despite the fact that we are playing on their home court: multiple choice standardized tests.

Steve Hughes, President of the American Academy of Pediatric Neuropsychology, is an advocate for Montessori education. He spoke at the recent AMI conference in Ft. Worth and told the audience that we need to collect data to demonstrate how Montessori education impacts personal development – in addition to academic test scores. We tell parents this, and he observes it. But we have not collected the data to tell the story more persuasively.

Background: Unlike conventional schools, Montessori schools care about more than test results. Yes, Montessori schools do care about cognitive development and academic learning; but their first aim is to create positive learning communities in order to develop creative, self-motivated young people who are kind and compassionate, who demonstrate high levels of self-control and self-management, and who work well with others. Just like academic achievement, growth in these areas can be measured. The instruments are out there and are used all the time by neuropsychologists, developmental psychologists, cognitive psychologists, educational psychologists, and educational researchers.

Dr. Hughes is launching a national research project to collect this data over the next five years.

Here are some examples of norm-referenced assessments of social skills, creativity (or this alternative), internal vs external motivation (locus of control), executive functioning, and moral judgment. These are examples of the skills that Dr. Hughes suggests we test over the next 5 years in order to confirm what we know: that Montessori students do better in these areas than students in conventional schools. That is why parents often say, “Montessori kids are different.” This will tell us HOW they are different…and measure it in ways that can be described.


If you want to view Dr. Hughes’ presentation at the AMI conference, you can find it here (“Montessori outcomes in preparation for adulthood”).

Finnish Lessons: What Can the World Learn from Educational Change in Finland? 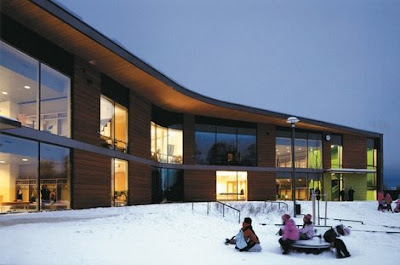 Diane Ravitch reports about educational reform in Finland in her New York Review of Books article, "Schools we can envy."

"Pasi Sahlberg (author of the Finnish Lessons book) recognizes that Finland stands outside what he refers to as the “Global Education Reform Movement,” to which he appends the apt acronym “GERM.” GERM, he notes, is a virus that has infected not only the United States, but the United Kingdom, Australia, and many other nations. President George W. Bush’s No Child Left Behind law and President Barack Obama’s Race to the Top program are examples of the global education reform movement. Both promote standardized testing as the most reliable measure of success for students, teachers, and schools; privatization in the form of schools being transferred to private management; standardization of curriculum; and test-based accountability such as merit pay for high scores, closing schools with low scores, and firing educators for low scores."

(Thanks to Post Oak School parent Joey Hayles for forwarding this article to me.)
Posted by john long at 11:26 AM No comments:

Building self control the American way--with a shout out to Montessori education.
(thanks to Post Oak parent Amy Lindsey for sending this along to me.)
Posted by john long at 7:50 AM No comments:

Forget the Chinese tiger mom: Why French parents are superior 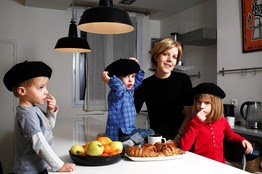 Pamela Druckerman, an American living in France, writes in the Wall Street Journal:

"Soon it became clear to me that quietly and en masse, French parents were achieving outcomes that created a whole different atmosphere for family life. When American families visited our home, the parents usually spent much of the visit refereeing their kids' spats, helping their toddlers do laps around the kitchen island, or getting down on the floor to build Lego villages. When French friends visited, by contrast, the grownups had coffee and the children played happily by themselves."

Read the full story here.
Posted by john long at 11:15 AM No comments:

“Is it just the transfer of information? If that’s the case, then Harvard has a problem" 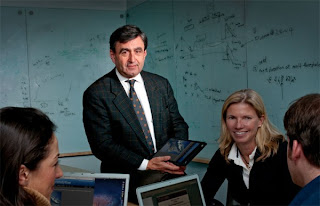 ...that's from Eric Mazur, a professor of physics and applied physics at Harvard, who has decided that he learned more from his brilliant lectures than his students did and has now moved in the direction of peer instruction and interactive learning.

Check out the full story in Harvard Magazine.

Thanks to Post Oak parent Joey Hayles for bringing this to my attention!
Posted by john long at 11:48 AM 4 comments:

Teaching kids how to disagree

What we really need to do for children is teach them that disagreements are a part of life. The important thing to do when a child disagrees with a friend is the same thing an adult should do when they disagree with someone...

From Peter DeWitt's blog "Finding Common Ground."
Posted by john long at 9:44 AM No comments:

How to develop leadership 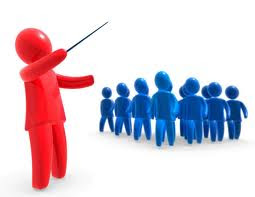 From an article in the current Harvard Education Letter:

Researchers found just this sort of inner motivation to be a common ingredient among the children they tracked who held leadership posts as early as high school. While there was “a little overlap” between those with the strongest inner motivation and those with top IQ scores, the data showed that stronger motivation trumped higher IQ in winning top roles in clubs. “The motivationally gifted were significantly more likely to be the leaders,” according to Adele Gottfried.

The importance of inner motivation to leadership is not surprising to Carol S. Dweck, psychology professor at Stanford and author of Mindset: The New Psychology of Success. She says the study offers a strong argument for schools “to do things fundamentally differently.”

“We have fallen into a culture that tests and labels—and we need to be creating people who are visionaries, who are risk takers, who know how to adopt a challenge and pursue it over time,” says Dweck.

Dweck says her work shows that those who are encouraged to have a “growth mindset” and find satisfaction in achieving their own intrinsic goals are more likely to persevere and succeed at tough tasks than those who are simply labeled “smart.” And yet both Dweck and Adele Gottfried point out that schools place such heavy emphasis on extrinsic rewards like test scores and classroom prizes that they risk stifling development of students’ inner drive.

When classroom teachers provide a rich variety of experiences and give students choices as they tackle required material, they help students take charge of their own learning, Adele Gottfried adds.
Posted by john long at 4:14 PM No comments:

"Want to get into college? Learn to fail," -- writes Angel Perez,Dean of Admission at Pitzer College, Claremont, CA.

He quotes one applicant who said in an interview:
"You see, my parents have never let me fail," he said. "When I want to take a chance at something, they remind me it's not a safe route to take. Taking a more rigorous course or trying an activity I may not succeed in, they tell me, will ruin my chances at college admission. Even the sacrifice of staying up late to do something unrelated to school, they see as a risk to my academic work and college success."

This essay was published just days after my article in The Weekly Post, "Thirty under 30 and the Quest for perfection," which references the work of Brene Brown on perfectionism.
Posted by john long at 9:43 AM No comments:

Ambiga Dhiraj, Head of Talent Management for Chicago-based Mu Sigma, a decision science and analytics services firm, wrote this week for the Harvard Business Review blog network: "Develop Leaders the Montesssori Way."
This reminds me of Jeremy Allaire's statement, that he learned the basics of his corporate leadership style in Montessori school as a child.
Posted by john long at 11:46 AM No comments:

What's wrong with the teenage mind? 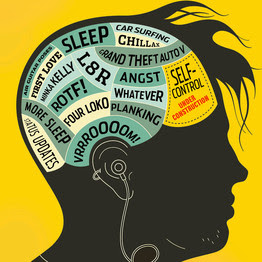 Alison Gopnik's catchy title for a Wall Street Journal article about the balance/imbalance between the motivation system in the brain and the control system -- before, during and after puberty.

Here's a sample:
At the same time, contemporary children have very little experience with the kinds of tasks that they'll have to perform as grown-ups. Children have increasingly little chance to practice even basic skills like cooking and caregiving. Contemporary adolescents and pre-adolescents often don't do much of anything except go to school. Even the paper route and the baby-sitting job have largely disappeared.

The experience of trying to achieve a real goal in real time in the real world is increasingly delayed, and the growth of the control system depends on just those experiences. The pediatrician and developmental psychologist Ronald Dahl at the University of California, Berkeley, has a good metaphor for the result: Today's adolescents develop an accelerator a long time before they can steer and brake.

This doesn't mean that adolescents are stupider than they used to be. In many ways, they are much smarter. An ever longer protected period of immaturity and dependence—a childhood that extends through college—means that young humans can learn more than ever before. There is strong evidence that IQ has increased dramatically as more children spend more time in school, and there is even some evidence that higher IQ is correlated with delayed frontal lobe development.

All that school means that children know more about more different subjects than they ever did in the days of apprenticeships. Becoming a really expert cook doesn't tell you about the nature of heat or the chemical composition of salt—the sorts of things you learn in school.

But there are different ways of being smart. Knowing physics and chemistry is no help with a soufflé. Wide-ranging, flexible and broad learning, the kind we encourage in high-school and college, may actually be in tension with the ability to develop finely-honed, controlled, focused expertise in a particular skill, the kind of learning that once routinely took place in human societies. For most of our history, children have started their internships when they were seven, not 27.
Posted by john long at 10:16 AM No comments: