How Montessori Prepared Me For College 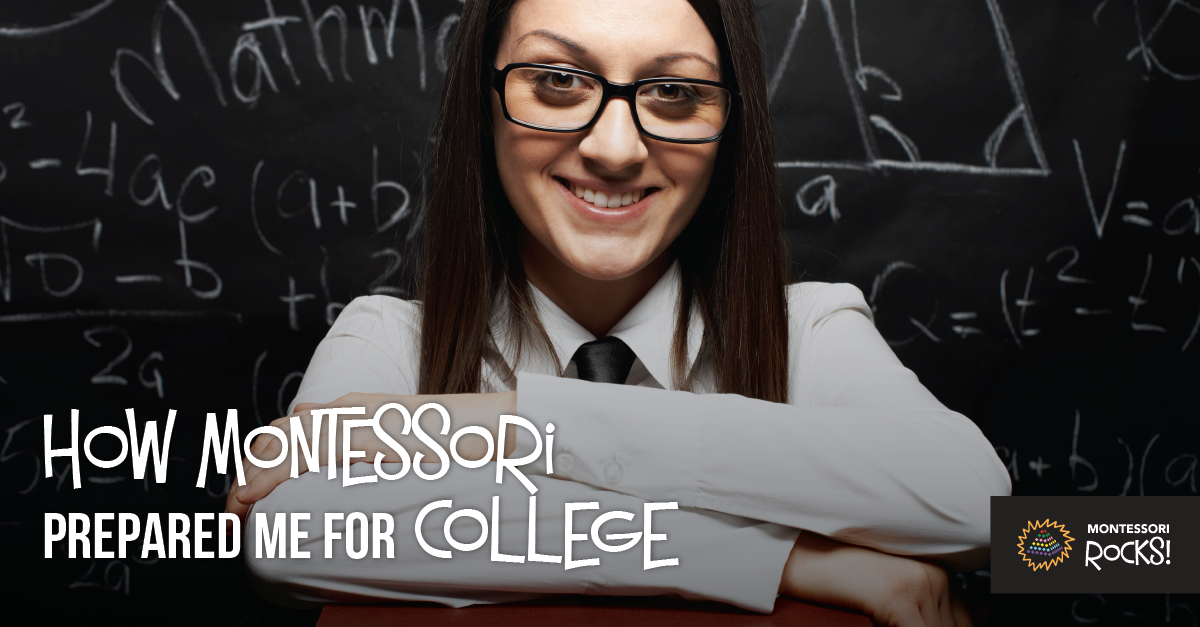 I told them I went to a Montessori school. You would think people would just say “okay” and move on, but that rarely occurred. No, this question always launched a number of others.

“Isn’t that just for preschoolers?”


“Isn’t that for super smart people?”


“You really went to a Montessori school?”

Six years later, as I go through college, I have come to the realization that the Montessori education I received in elementary and middle school did more than just prepare me for high school- It prepared me for college, too.