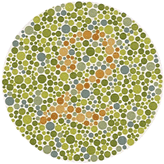 David Wolf, a NASA astronaut remembers this day from his childhood. (Thanks David for permission to print your story. Thanks Bubba Levy for forwarding to me.)

The silent cool morning quiet was shattered by the tremendous roar from our icon of raw power and technology. Just coming into view from around the bend, Mr. Peacock’s unfailing garbage truck was performing it’s unimaginable hydraulic feats, under the capable control of Mr. Peacock himself. A few perfect inputs to the control levers and the machine's authority was final. Faultlessly directed force, easily crushed the bails from Mr. Klein’s recently mowed lawn. Last week we witnessed a complete refrigerator reduced to a flat carcass and swept from our world. This Saturday morning, washed in the aroma of fresh grassy fermentation the oily machine and gasoline, I would command the truck's grinding roar and demonstrate that I remembered all that the great black man had taught me. Today was my opportunity to show him how well I could execute every detail as we collected the garbage of Oakwood Drive together. And the younger kids envied as their older buddy, Dave, every bit 6 years old, was entrusted to operate such magnificence. They followed me into the heat of the afternoon wanting to know what it was like and how we knew which lever to pull.

Later, in Dougie Rose's garage, we put the final touches on our most recent spacecraft design assembled from wood scavenged from the new house going up down the street. Doug and I carefully explained the function of each critical control to our young colleagues. It had been a good day.

At dinner, after clarifying to my parents the silliness of switching hands to eat with a fork, I had to proudly announce my aspiration. “I am going to be a garbage man, just like Mr. Peacock.”

The northern summer, with it’s endless glowing twilight, coaxes so much life. Later that evening, still light at nine o’clock, my dad requested my help in identifying the arteries from the veins in his medical school book. You see, he has color blindness, and it was causing him confusion in studying for his upcoming exam at medical school. My dad loves music. No stereo was good enough so he said he had to build his own. The color codes on the resistors were similar trouble for him to identify and I knew that there was no room for even the slightest error. So, if he would let me solder them in, I would help him choose the proper values from the bins of components. After months of assembly and wiring I found that first powered test of these instruments thrilling.

On this evening, just after identifying the femoral artery in anatomic human figure on the glossy page , dad told me he had thought over my aspiration to follow in the footsteps of Mr. Peacock, and that he liked the idea of me becoming a garbage man. In fact he liked it so much that he, right then and there, promised to buy me my first garbage truck. He told me there would be just one requirement from my side of the deal; to become “the best” garbage man in the world. We shook on it.

That night, lying in bed, it had all finally come together. Like every night, I drifted off to sleep to the sounds of a distant symphony playing in the living room. Forty eight years later dad loaded his favorite version of Rhapsody in Blue into his new CD player. As we listened together, Gershwin’s symphony drew forward all of the inspiration from a six year old’s long past summer day. After a brief debate as to the virtue of tube versus solid state power amplifiers we decided to just enjoy the performance.

I kidded dad that I was sure happy I didn’t get his color blindness as it would have surely made my decades as a NASA Astronaut not possible. “How did you manage to take such good care of those thousands of patients over your long medical career?” Dad just smiled and shook his head. The next evening dad called me back in Houston to ask how the emergency repairs outside the Space Station were going. We had lost a critical avionics cooling system that evening and as the senior Astronaut in charge of Spacewalks, our team had it’s work cut out for it. I said, dad, “I’m having trouble letting go. It’s not easy to step back, be a coach, and let the younger Astronauts do it their way!!!” Dad said, “You might try telling them you are color blind.”

I love the encouragement Dave's father gave his 6yr. old son upon hearing his "dream job." He didn't put him down, didn't say, "You should be a doctor, or an astronaut."

He understood that a big truck is a big deal to a 6-year old boy. Instead of trying to shape his son's future career choice, he used this as an opportunity to talk about a life principle: aiming to do your personal best.

And he made a powerful statement by NOT suggesting that there is better work than collecting garbage. He avoided demeaning the garbage man’s work and therefore, the garbage man himself. As Montessori said, “All work is noble. Each person’s work contributes to the whole. It is only ignoble NOT to work.”

And then under the guise of his own handicap, his color blindness, he taught his son by asking for help. Dave felt noble helping his dad. He couldn't say, "I can't do that; it's your work. I don't know that; you do."

What a great model of thoughtful parenting, color-blind parenting.
Posted by john long at 11:36 AM